Ellen And Jim Have A Blog, Two 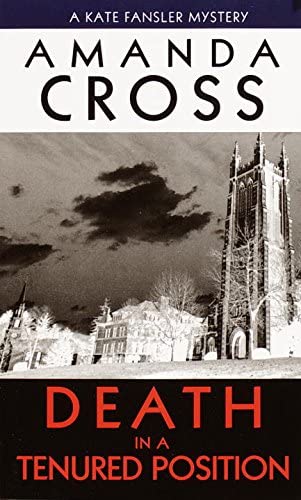 An interim blog: this is me thinking out a few semi-conclusions I’ve come to after a couple of months of reading books about women detectives (history, literary criticism, culture, feminist) and reading and rereading a few such books by men and women. As I’ve written on my Sylvia I blog, I seem to be going through something of a transition after living in this world without Jim for some 9 plus years. Part of this is I am liking books I used to not be able to read, and able to accept optimism and at least sympathize with (understand in a new way from an outward transactional POV) some conventional transactional pro-social-ambition perspectives. More than that, I can’t resist reading and watching new kinds of material in the…

Country music legend Loretta Lynn has today died peacefully in her sleep, aged 90. Some of the many artists paying tribute to Loretta online included Dolly Parton, Carole King, Wynnona Judd, Carrie Underwood, Miranda Lambert, Reba McEntire, Drive By Truckers, Waxahatchee and Valerie June. Her influence runs deeper than the well in Butcher Hollow from where she once drew water.

Loretta’s straight-talking spirit, absolute authenticity and often confrontational style has few parallels in country music, or any genre. She was an icon of individuality, and an irreplaceable loss.

Read on to find some of the best examples of songs which pay tribute to Loretta or which echo her work. Feel free to add any further suggestions to the comments or on social media and I will add them to a playlist.

I grew up listening to Nanci Griffith in my mother’s car. I still remember seeing her live. I’ve loved her music to this day. #RIP — Izzy on Twitter

I have to remember the next time I do a video and then watch once (I never watch more than once) and find myself wincing at the sounds of my voice and accent: “Your own voice is the voice that carries you through life best” — Nanci Griffith — yes that’s me …

Yesterday when I read on Twitter (to which news comes the fastest) that Nanci Griffith had died that day, I felt — somewhat to my surprise — so grief-stricken. I began to cry. I thought of all the hours I had spent over the years listening to her singing first on audiocasettes and then CDs in my…

I realised when I published these blogs that I would occasionally have to write an update taking account of a development that would strengthen (or rebut) my argument. What I did not expect was that there would be such a development the very next day! But on 22/3/21 the following story breaks... https://www.bbc.co.uk/sport/football/56459754 Picking a …

END_OF_DOCUMENT_TOKEN_TO_BE_REPLACED

Ten Years of the Blues - Part One On 14th April 2011 I went to my first Women's Football game to see Birmingham City Women (or Ladies as they were then - the name-change at least is a great improvement!) play Bristol City at Stratford Town FC; I was instantly hooked and in the succeeding …

END_OF_DOCUMENT_TOKEN_TO_BE_REPLACED

Introduction These blog articles are not based on any in-depth research (although I think it would make a great subject for a thesis!) but on my observations on the way that the Women’s Super League (WSL) has changed in its first decade. Before commencing there is an explanation to be made and an objection to …

END_OF_DOCUMENT_TOKEN_TO_BE_REPLACED

Circling the Wagons Before proceeding to the thorniest of topics - comparison of Women’s and Men’s football - I want to take a moment to consider the tendency to ‘circle the wagons’. This is not by any means restricted to Women’s Football! I have been and still am associated with many causes and struggles which …

END_OF_DOCUMENT_TOKEN_TO_BE_REPLACED

Notes The case of Liverpool is fascinating and instructive. As mentioned they finished bottom of the WSL in 2011 and 2012 but a large investment by the Men’s Club led to them becoming Champions in 2013, a position they maintained in 2014. Thereafter there was a steady reduction in investment, and consequently results,  which culminated …

END_OF_DOCUMENT_TOKEN_TO_BE_REPLACED

(originally written June 2012) Shostakovich 10 A wonderful performance of Shostakovich’s 10th Symphony by the CBSO under the mesmerising Andris Nelsons. Shostakovich is a site of ideological battle, his music fiercely contested and debated, with every sort of hidden meaning detected which might make it acceptable to anti-communist listeners. At the root of this is …

END_OF_DOCUMENT_TOKEN_TO_BE_REPLACED

Kicking against the chauvinists Women’s Football is finally gaining status in Britain reports Joanne Early  (from Socialist June 1991*) “WOMEN'S football is purely a novelty. That's how it started and that's how it's going to finish in the near future.” This Stockport County supporter, speaking on World In Action last year, could not have been …